This collection of short stories are garnered over a period of some decades , not in chronological or even thematic order , this gives the stories a feel of sleeping thoughts that barely crystallise before the reader is jolted awake , having them to fill in the gaps and lace together his own threads about where the stories come and go , if at all.

A lot of the stories will appear to be familiar as they were incorporated into his Novels , especially Norwegian Wood , showing that though the writing process for Novels and Short Stories is apart they are not exclusive but mutually compatible and can easily cross over to both formats to great effect , hence making some sense of the title.

This review from the Guardian captures the tone of the stories.

"In many of these stories, narrative tension is prolonged by a refusal to explain; Murakami's ghost stories and murder mysteries remain ghostly and mysterious. Has the serial adulterer been cursed, or does his nausea have nothing at all to do with his predilection for deceptive seduction? Murakami never says, and the result, as in so much of his work, is profoundly memorable."


The girl in the video review gives a fair account of the stories and their appeal.


Posted by Tariq Kataria at 3:10 PM No comments:

Just in case you have not come across it yet check out Timequake by Kurt Vonnegut ,you will really enjoy.But be sure to skip the prologue as it is the ultimate spoiler that takes the surprise element away.

If the purpose of a really good book to make you laugh and challenge the status quo,this Book is the one that does it Big Time.It brilliantly instills truths in your head in such a way they will lodge in your psyche and refuse to budge no matter what one tries until you acknowledge them (with a view to acceptance) OR , compels you to provide your own antidote with a counter that stands up to long term scrutiny.And youll gain a new appreciation for Chinese Temple Bells.

The Book can be regarded as a final testimony ( or last chapter as Kurt calls it) to the Work and Ideas of Vonnegut.

In this talk Vonnegut explores some of the themes of the Book and the life of a Writer with some great insights for the Internet age and observations that reading a book is THE Western method of Eastern type meditation.

Posted by Tariq Kataria at 1:23 PM No comments:

THE GENERAL IN HIS LABYRINTH by GABRIEL GARCIA MARQUEZ

Published at around the time Chavez was winning a series of Democratic Elections in Venezuela , in the name of the Bolivarian Revolution.
The Books timely appearance with the modern Bolivarian revolution playing out makes for a captivating metaphor for the choices of Hugo Chavez to quit having established the foundations of getting rid of the Monrovian Doctrine that blighted the continent in the 20th and early 21st Centuries or to keep continuing , albeit with plebiscites , to perpetually amend the constitution to perpetually continue the terms an incumbent can continue in the top office.
This Book details a semi-fictional account of Simon Bolivars last journey , a tale of waning physical and political power at a time when Chavez himself had a crossroads to navigate , to bow from power and leave a solid legacy for the development of the current Bolivarian Movement or to hold on to power personally and create a situation when one mans ego makes a whole movement whimper and peter out having lost its roots and goals and , ultimately, direction.
The book contains great insights to many of Bolivars liberation struggle observations that are universal in space and time like on page 122 we find "Europeans believe only what Europe invents id good for the entire universe , and everything else is detestable." A Euro-centric trait that even amongst the European Left today makes them judge ( or more accurately mis-judge) the sentiments and aspirations of freedom and liberation struggles in non-European societies.And more importantly , on page 221 ,an observance that should be a remedial motto for the elites and leaderships of nations that do win the struggle against decolonisation in the new world order "I despise debt more than i do the Spanish"

The video below has an interview with Isabel Allende on the inspiration of Marquez for South American Culture and Politics.

Posted by Tariq Kataria at 11:54 AM No comments: This vignette of the lives and trails of an American Factory Community was published as WW2 was drawing to a close.It was based on Monterry Califrornia , a place very familiar to Steinbeck.

It features very ordinary characters at a time when America was approaching an age when things for small community America would never be the same again.This very intelligent review by Thom Hartmann paints an interesting scene of the subtly changing political landscape as these people got on with the hard day-to-day business of coping in an inceasingly harsh environment.

"On the other hand, one could argue that the book is entirely political - today - because it shows us a slice of America before the Great Corporate Homogenizers got ahold of us.


Before we walled ourselves into our highly-mortgaged houses to stare for hours, alone, at our TVs, eating the mental gruel of multinational corporations who profit from wars.


Before our highest ideal - our "American Dream" - was to build up a small business so we could sell it off to Disney, as did the woman Bush congratulated in his State of the Union speech, but when the real American Dream was grounded in community, safety, friendship, and a healthy acceptance of eccentricity."

The review in the video below gives an ample example of the appeal of this novel for the new reader.

Posted by Tariq Kataria at 1:34 PM No comments: Posted by Tariq Kataria at 5:04 AM No comments:

THE INTERPRETATION OF MURDER by JED RUBENFELD

The first fiction ive read that apologises for getting its facts wrong at the end.The hatchet job on Jung still wrankles.From my small understanding Jung positions have held out better than Freuds.


Posted by Tariq Kataria at 2:01 PM No comments: 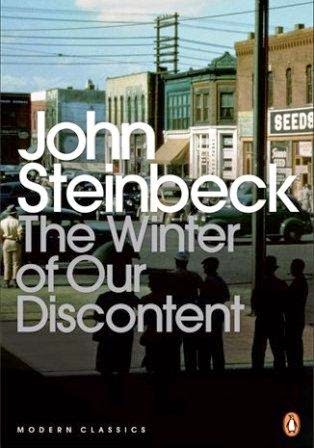 
Posted by Tariq Kataria at 3:53 PM No comments: