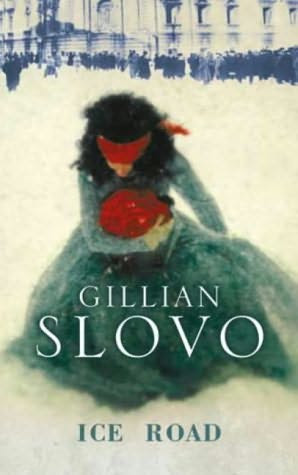 This is a beautifully written and highly evocative tale from the time of the Stalin purges , which Solzhenitsyn mockingly cited as being considered eventworthy because they targeted party cadres who were quite partial to overlook the earlier ones which were suffered by the populace at large , of the early 30s to the great siege of Leningrad during WW2.

This is a Human story told from the point of view of the innocent sufferers of the excesses of all the ideologies clashing at the time.A rich story putting flesh and bones to the astonishingly unfathomable numbers of victims of organised systematic horror.

The narrator on page 98-99 develops a nice handy motto " Lesson number one: expect nothing and nothing will surprise you : But here i am and here i am surprised" and "Lesson number two: regret is a waste of breadth and time." , survival was all.


Here Gillian gives a synopsis of what her tale is all about:

Posted by Tariq Kataria at 8:43 AM No comments: 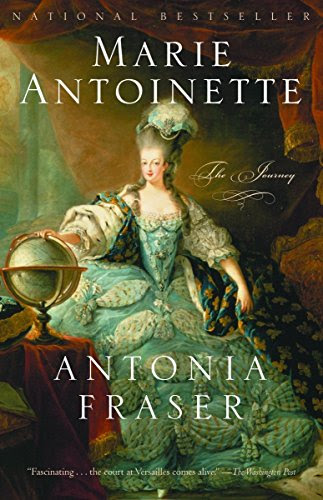 Antonia Fraser was the partner of the late genius playwright Harold Pinter ,as well as the highly talented daughter of Lord Pakenham , more commonly known as Lord Longford.

This biography is of an excellent order , relying on well researched facts allied to a knowledge of the inner workings of elite society and social movements alike.

A very startling observation , shared by many non-dogmatic historians today , is that the French Revolution was a middle to upper class revolt against the pace of distribution of wealth and privileges from the Centre to the neo-estate.

A more accurate reading of the continuum of historical events from the end of the reign of the Sun King until the aftermath of the rise of Napoleon is that France was not in a position to wage expansive military campaigns against their neighbours in order to increase wealth for the ever burgeoning middle class.Between the paying of debts to the creditors ( 41% of GDP) and the expense of the Royal Estate ( 7% of GDP) nearly half of the French economy at the time disappeared into the black hole of repayments , the cost of the Royal Estate is not particularly excessive when you compare that the Mogul Court a century earlier would spend the extent of about 28% of Indias GDP on itself , but the crucial difference was the Mogul court has surplus funds whilst France , the loser in the development of Empire was in debt to an extent which would match many African third world nations today.France was in a constrained zone between being too weak to forcefully acquire the wealth of neighbours and being just about strong enough to defend itself from encroachment from neighbouring empires.The net result was an internal implosion leading to civil revolt and collapse of the Royals which took about an year to be stabilised by the middle classes from the hiatus of the romantic revolutionaries.

The most concerning aspect of the period is that France did manage to effect a change over to becoming an expansionist power and reverted back to military domination of the region to cure domestic economic shortcomings.The poor were always out of the equation of this process and hardly featured in any central aspect of the period.Even the famous march of the poor to Versailles which has been romanticised into some great movement of the working class to bring down the elite was actually a march to plead with the King to open up the bakeries which had ceased to function in the confusion of the situation in Paris so that they could have something to eat.As soon as the King gave the order for the granaries to be opened they dispersed out of the scene.

One major shortcoming in the otherwise excellent high standards of factual discretion Antonia employs is when she completely abandons her exemplary thresholds in the matter of Antoinette highly unlikely affair with Fersen.As has been correctly pointed out by historians there were so many courtiers in attendance at any time word of an affair would have been known to several individuals if it had ever occurred.Other evidence to counter the claim is that not even the enemies of Antoinette or foreign intervention conspiracy theorists at the time made use of a charge which would have served their interests very well.But the best evidence to counter is provided by Fraser herself , she states that the physical health of the extremely ill and drained Antoinette at the time was such that a non platonic relationship would almost have certainly led to her death.
Posted by Tariq Kataria at 4:05 AM No comments:

This brilliant set of short stories gives a perfect display of the taut , incisive , precise style developed and championed by Conrad.Like Conan Doyle and Jack London he manages to get away from the flowery language of earlier writers into the mechanical industrious language of the times they lived in whilst still retaining a pumping Human Core at the centre of what they say.


This video gives an introduction of the early life of Conrad:

Posted by Tariq Kataria at 6:41 AM No comments: 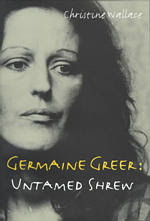 An unofficial biography is always going to have a degree of uncomplimentary or barely comfortable facts and exposures about the subject in hand , especially as one which is hard to pin down and controversial as Germaine Greer in non-cooperative , if not hostile mood.

But that should never be an excuse to not give credit where it is due to the subject in question , sometimes for other than entirely sincere reasons.It is what is not said about Germaine by the author which makes this work a disappointment almost to the point of pathologically personally vindictive degree.Insincerity does not make for impartiality and balance.

One especially , amongst many others , example of insincerity is an attempt to pass off Germaine as a secondary level scholar in academic circles when she was one of only about half a dozen intellectuals to secure a Pee-Aitch-Dee for work on Shakespeare between the end of the 2nd World War and the beginning of the 70's.This was because it was thought so much has been studies of the Great Bard that was very little scope for any fresh thinking to be brought to bear in this highly saturated subject.Allied with the instance of declaring she was weak in French , only yo mention in passing that she had a very high accomplished academic level of French later on , without any intervening qualifications for the earlier statement.

Despite this , any biography on Greer is worthwhile as one is bound to unearth facts which will give the reader an understanding of the thoughts and feeling of the times in which she participated.

On page 11 we get the motto which makes Germaine tick and provided the motivation that got her from Australia to having the Phd from Cambridge at the time around her 30th birthday , "Facta Non Verba" , Deeds not Words.

Also worth noting is she tried to commit suicide in the second year of her University and had her first abortion , allegedly being dropped "cold" by Two Men.According to page 42 she was also raped.

By page 52 we are already into an early realisation by Greer that "standardisation of commodities to the standardisation of Persons" society that was developing as she came of age , a theme she was to take up for "The Female Eunuch".

One very important consideration is that Greer was involved in Sexual Liberation and not ideological Feminism per se.This is where a lot of misunderstanding came about when she was seen to be at a point of divergence with the hardcore feminist movement in her later works.

On page 280 we discover the "First wave of feminism established a beachhead , the second emphasised legal empowerment , the 3rd wave is about exercising those rights." and on page 284 we come to bit of advice that Christine herself would well to take up " avoid trashing other Woman , be inclusive , advance (consistently on multiple fronts ; and write and remember your history."

Germaine messed up her insides so badly she could not have children , and her appearances on TV shows which conflate exposure for substance and triviality for credibility have somewhat cheapened the force of any more broad statements she still has to make as feminism tries to find if it has genuinely liberated Woman or just made them into surrogate Men in an ostensibly mans World.

But , to her credit , she is a strong advocate for the rights of the Aboriginies and also a Patron for the Palestine Solidarity Campaign in the UK at a time when some highly questionable strands of the feminist movement are showing support for the Western Military Occupations in Iraq and Afghanistan on the bizarre rationale that gun-totting males allied with cluster bombing male dominated Air Forces are somehow going to do the local Womanfolk some much needed good.
Posted by Tariq Kataria at 9:11 AM No comments: