In 1953 Iranian democracy was interrupted in the most obscene crass manner possible.The US sponsored a coup , installing their man The Shah.As Alan Bennett has stated in his prized "Untold Stories" ( he was awarded a double first in History) revolutions are carried out by the middle class against an elite blocking its path , hence why the British elite has not suffered post-industrial revolutions as it an excellent sense when to give ground and yield enough crumb by piecemeal to sustain its place at the top.The only entity in Iran that could mount a successful revolution and shrug off US external interference was the Mullahs.The primary reason for this was , Dabashi himself misses the point , that the Ulema ( religious scholars and quasi-politicians) from tradition receive funding from the civil population ( in some cases 20% of a patrons disposable income) thus maintaining an independent resource from the grassroots and traditional business and craftsmen which meant that even in the time of the reign of the Shah being at its strongest point the Mullahs and their grassroots backers had complete financial independence from the state.

Dabashis Book , as can be seen from the comments , has a mixed and flawed analysis , as can be judged when the results of the Iranian elections are so incorrectly predicted from the emigres ( some of whom done quite well under the Shah) living in the US giving "expert" sounding on Iranian domestic aspirations and political trends.

The nature of the mixed analysis comes from the false weighting given to merely monitoring social websites and mostly english speaking net , the net is available to the richer students of established neighbourhoods of Tehran.The majority of these participants are 2nd of 3rd generation of Families who would still be doing well for themselves if the Shah was still in place.A good analogy would be if we were getting only the testimony from the established higher class minority in Caracas ( or Florida) and failing to receive the grassroots opinion of the barrios before making up our minds on the nature of the Bolivarian revolution.The other vast void in the emigres now being hopelessly out of touch of Iranian society from the hinterlands who were , under the Shah , completely out of the loop in terms of poverty alleviation and access to further education , more than half born after the revolution and a good portion after the end of the Iran-Iraq war.

As to the flaw , Dabashi himself tries to put a figure on how many Communists are in Iran , he comes up with , a plausible , one third of one percent ( 0.33%) and all of them living in prosperous North Tehran ( you have to come from a rich established Family to afford the luxury of being a Communist) and , he points out , deeply racist towards their fellow rural Iranians ( we are talking a minimum 60% if including rural urban towns), a race they hold in contempt for not being willing bulletfeed for their coffee shop leftist dreams , dreams ( if they turn into a nightmare, they can always enjoy from Times square or the Seine).

The bottom line is the Communist parties in Iran have only had three periods of flowering.Firstly when they were aided by the Russians , the Russians bombed the Iranian parliament in July 1908 killing many MPs , the second when the British promoted the communists in a classic divide and rule procedure and thirdly when Saddam Hussein gave shelter to the communists during the Iran-Iraq War , the communist party sided with the Baathist regime , interrogating/torturing Iranian prisoners.As one can see there is a common denominator of Communism and external components.

The problem , and it is a massive problem with Dabashis book , is , having identified the flaw he continues in a jaunty foxtrot merry march as if nothing is amiss.Hence we get the double entendre of irony , the more he articulates his theses , the more absurd and self-revealing his premise becomes.

Dabashi has become increasingly perplexed , and lesseningly reliable , as Ahmedinijad has won two successive democratic elections.Having declared the current Iran leadership as "fascistic" it is hard to accept that within Iran their candidate can defeat one who enjoys the support of the very powers that have a sordid track-record of blatant unhealthy interference in Iranian domestic destiny and affairs.

The bottom line is Ahmedinijad won the election because he has brought more Iranians than ever from neglect and poverty into mainstream higher education and a functioning middle class.Dabashi ( and his band of 0.33%) socialists emigres will have to accept that for the foreseeable future or they may end up being the vanguard which plays the tune of the next imperial Interruption of a People.

A more realistic analysis not weighed down by dogma ; ideology and wishful thinking is from Flynt Leverett , a realist US high ranking figure who deals with the issue on a rounded basis:

Posted by Tariq Kataria at 12:38 PM No comments: 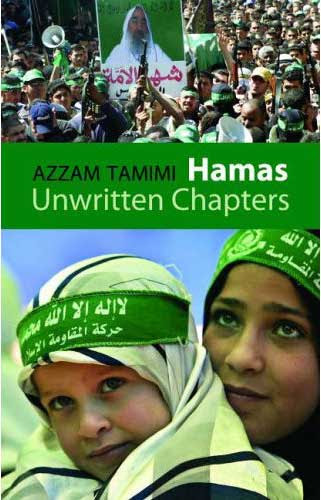 Even Azzam Tamimi was taken by the scale and unprecedented landslide electoral Mandate of the Hamas Movements election victory in 2006.This included victories in seats in which Hamas candidates were arrested by Israeli authorities in collusion with the PLO and all the Hamas activists locked up during the election campaign.It was , and still is , the Ultimate Victory of the Intifada , the Palestinian People have spoken , and nothing can now Silence them.

The quality and value of this Book is that it is written from an associate of the mass movement from the point of view of this revolutionary popular phenomenon.Like the ANC in South Africa and Sinn Fein in the North of Ireland , Hamas will , though to the Palestinians it already is , be the Official recognised Government to a sovereign Palestine , the sooner the International Community and the concerned individual on the street understand and accept this the quicker and less deadly this inevitable process will be for all that value genuine Universal Human Values and Freedoms.

This review from a Malaysian sub-editor of The Palestine Internationalist acts as an excellent prologue as well as background reference to this vital Book.


In the democratic elections in January 2006 overseen and declared fair and proper by ex-President Jimmy Carter Hamas recorded a spectacular landslide victory including majority showing in areas of high Christian concentration.The Palestinian People exercised their right and have been paying a bloody and deadly price from the unelected policemen of democracy ever since.

Had Robert Fisk drawn the natural logical conclusions to the testimony he heard on the streets of occupied Palestine when news of the Oslo Accords seeped out in the mid 90s he would have heard a dual message of the process being rejected by the opinion of the street on account of not delivering a just settlement nor addressing the right of return as a non-negotiable aspiration of the Palestinian Diaspora.It ought to have been no surprise when the electorate voted the way they did , even though they knew the "International order" would "declare" peace on them by sanctioning a siege of Leningrad scenario interspersed with aerial bombing and military intervention.

Tamimis Book had to be delayed several times as the situation changed in the region at such a rate any Book either has the option to be out of date as soon as the ink is dry or having to contain appendices longer than the main body of the Book itself.Tariq Alis recent Book on Pakistan suffered from this very instance when Benazir Bhutto was killed in a bombing during the electoral campaign.

Tamimis Book manages to escape the major traps because it traces the History of the movement which became the premier mandated mass Palestinian force on the streets and communities creating a powerbase and infrastructure which won the ultimately the successful electoral campaign.Their strength was to deliver and defend their communities needs.

Though common recognised History dates the creation of Hamas to around 1994 , with considerable Israeli "encouragement" , a calamitous foreign policy disaster originally coined to cause a permanent split in Palestinian unity which totally back-fired in that Hamas used the hiatus to unite Palestinians from the grassroots up leaving the out of touch ; exiled ; corrupt and foreign aid dependent PLO mis-ruling from the top-down.

Azzam Tamimi in his "Hamas the early chapters" sees PLO as a breakaway segment from the Islamic movements , so the History goes back further than 1967.

If you take this into account the Hamas electoral victory was a "return" to basics and roots from the PLO "diversion" which failed to deliver a 2-state solution.

One aspect of Dr. Hamdi al-Taji al-Faruqi is that his plan is "favoured" by zionist historians because he wanted to have a state within the West bank ( technically part of Jordan) and Gaza ( part of Egypt) and therefore fits into the zionist argument that lands occupied in 1967 are not Palestinian but part of Egypt and Jordan , thus by default making Palestine conquered in 1948 belonging to Israel , hence , voila , the logic there is no such thing as Palestine as expressed by Golda Meir.

As Azmi Bashara said in that meeting way back in 2004 , Arafat strength was that he turned to the US for support , therefore taking the main body of the PLO with him , but the question was did he really win the hearts and minds of all Palestinians or was their support always there for the original Islamic mass movement from which Fatah broke away from.

Despite all the forces ranged against them , Hamas , simply by surviving the Gaza offensive in early 2009 have giving Isreal something the PLO can never do , giving the Israeli Army the appelation of "failed in their military objectives" as an heirloom far removed from the legendary attributes of beating five Arab armies until Hezbollah and Hamas came on the scene with grassroots shear will power backing them rather than lame and unrepresentative ; disprited picot-sykes sham shambolic regimes.

Below is a video of Azzam Tamimi displaying the passionate indefatigable spirit of the Palestinian Resistance and belief in the Longterm victory of the oppressed over the colonisers.