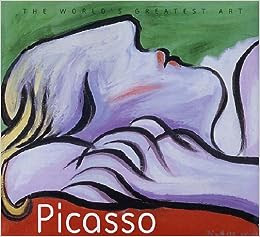 Picasso made over 28,000 pieces of art in his time ranging from the most famous wall length paintings to minute working of sculpture and serenely simple manipulation of everyday objects.

This easy to access primer is an excellent way to introduce the artist and the work to young and old alike , with a simple format of pictures and apt and illuminating descriptions.

The example below is a favourite "icon" showing how he was a master of the simple as well as the grand. 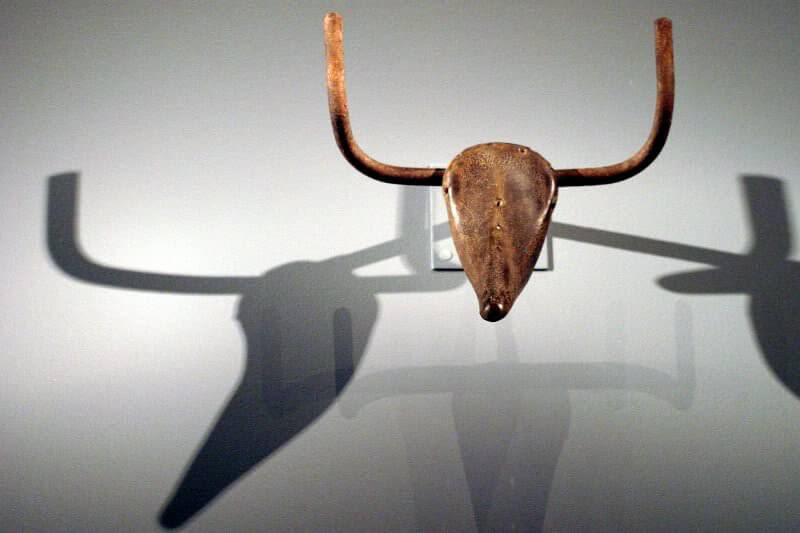 Posted by Tariq Kataria at 1:41 PM No comments:

DANGEROUS LIAISON: THE INSIDE STORY OF THE COVERY US-ISRAELI RELATIONSHIP by Andrew and Leslie Cockburn

On the Amazon reviews page this Book attracts either 5 Stars or 1 Star , nothing inbetween suggesting the ones with the 1 star review have what Truthseeker points out "Yet again a reviewer ignores the evidence in order to smear what I presume are ideological opponents. Sigh. As to negativity - is what the authors say untrue? No evidence of that from your review.".

The ethos of the relationship is described on page 344-45 " some countries want to get things done which a gentleman would not touch , they turn to the one who gives services , who is prepared to serve his master and dance for him ; he is not only willing to fulfill any of the wishes , but also enjoys the fact and is proud of it....he makes an ideology of his servitude and calls it "realpolitik"".

This review from Simon Wood in Goodreads is worth quoting in full.

Andrew and Leslie Cockburns 1991 book on Israels relations with the C.I.A is still a valuable book with regard to the reality of the Israeli States involvement in the world at large.

It details a diverse range of issues from the arms deals to Iran which continued seamlessly from the Shah to the Ayatolah, Israeli involvement with the right wing dictatorships of Central America, its collaboration with apartheid era South Africa on weapons programmes (nuclear and conventional), its kidnapping and murder operations overseas aswell as spying and industrial espionage in the United States.

Even for the most hardened cynic of Israeli actions (based on a study of reality not prejudice) will be astonished at the sheer opportunism and sickening character of Israeli actions including arms sales and training to Columbian drug cartels. The nature of the Israeli Arms industry is curtly summed up in the statement of an industry executive bemoaning the "threat of peace" and the end of the murderous wars of Central America.

Other issues involve the Israelis contempt for the sovereignty of other nations - witness the ham fisted murder of a Norwegian waiter of Morrocan origins in front of his pregnant girlfriend and the abduction of the courageous Israeli whistle blower Vanunu from Italy.

There is no limit to the opportunism of the Israeli establishment, "Is it good for Israelis?" seems to be the only measure - morals, ethics are just not in the picture. Even their closest allies in the U.S. are treated with contempt from time to time for instance the Israelis had intelligence relating to the truck bombing of U.S. personnel in Lebanon in 1983 but didnt pass it on.

One looks forward to the day the Israelis are put in their place, ie. within the 1967 borders; perhaps then reparations can be made (and paid) to the victims of their vicious and violent actions.

This book should be essential to anyone interested in the real facts about Israels foreign and covert policies, it is well sourced and includes interesting interviews with many of the figures involved, though perhaps not the best read if you are not familiar with modern Middle Eastern history and Israeli relations with the U.S"


Posted by Tariq Kataria at 2:07 PM No comments:

BUSH AT WAR by BOB WOODWARD 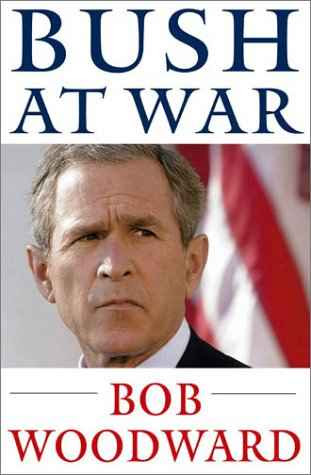 Bob Woodward come to prominence during the Watergate period as a champion journalist in the famous dictum of Amira Hass of " identifying and challenging the centres of power".
Rather sadly this Book tracks the demise of the Woodward of the 70s to the modern style dupe of the "embedded journalist" syndrome that has made them ciphers to the narrative of power conditioning public opinion to the agenda of the power blocks in the decision process of superpower interests.

In this Book we have the selling of journalists demanding accountability for the price of "inside" access , a transaction that only benefits the power-interests and not the side of checks and balance of accountability to the informed electorate.

A chilling example of this turnaround of the transaction of the Woodward challenging Nixon Administration to being an embedded cipher for the Bush Administration is when he asks Rumsfeld if he should rewind the tape recorder to erase a comment that may be deemed inappropriate.

What we get is an interesting "live" dialogue of court interests and intrigues which registers high in dramatic interests and entertainment but little in  impartial judgement and challenge of decision making circumventing public checks and balances which is fundamental to the American system of government decision-making.We are rewarded by a Fly-On-The -Wall Documentary story without the "Wall" itself being the main centre of the inner essence of the story.

The video below has a long interview with Woodward about the Bush process of decision making.


An interesting factor is the exposure of the "Pentagon" wing with the Office of the Vice-President which become an inner sanctum that made and ran policy that should , if everything is running properly , be run by the State Department and the President.In this respect it is highly revealing how little informed and briefed Colin Powell is , sometimes much less than Woodward himself , in matters when his input as Secretary Of State and onetime top Soldier of the US would have been vital as well as constitutional in getting the balance of a military and civilian approach to the challenge of 9/11.

This video below gives an example of just how much from the heady heights of Watergate his journalistic standards have been warped , in which he fails to detect any "lie" despite admitting to being 15 months in the company of the Bush and the drive to War on Iraq.

Posted by Tariq Kataria at 11:41 AM No comments:

MATISSE THE MASTER by HILARY SPURLING In this second volume on the Life and Works of Matisse , Spurling covers the years after 1908 covering the First World War  , the bizarre relationship with the owner and commissioner of many of his works Barnes , the spin partnership between Gertrude Stein and Picasso which sought to undermine Matisse at the expense of their legacy as well as the illness that prevented Matisse from painting for many years , instead giving him the a second talent with Art with Paper cut-outs.

Mr.Barnes was an eccentric who only allowed a few people per annum to see the collection , and never critics or photographers which meant those works of Matisse where lost to the public attention for several decades , recently the Barnes Foundation in Philadelphia has opened the Collection to the Public , containing the largest collection of Renoir , Matisse and Picasso works under one roof.

On page 219 we find Matisse relating his Artistic essence " you must create , between yourselves and your object , a stronger and stronger bond...always remembering this truth , that the design is not to be found in the model but in ourselves.This sort of operation cannot be forced , because it requires on our part ( as well as intelligence) something that comes from the depths of our soul : emotion".

The video below is a short documentary which examines Matisse birthplace , inspirations and legacy to modern thinking.

Posted by Tariq Kataria at 1:04 PM No comments: