Written just after the dramatics of the Cuban Missile Crisis this cynical yet homely satire investigates the absurdity of the ideologies of the scientific age which could yield to a mass wipeout now that Vonneguts world had acquired the technology to do just that.

Vonneguts style is to write as he would speak to his hometown audience which gives it a humourous immediacy.


But last word goes to Kurt Vonnegut himself giving the background of the Novel and what the times meant to his generation in which Technology and Concepts , as well as Human Leader had the ability to be Tyrants of the age.As he says at the 3min20secs mark "I was a great believer in Truth , scientific Truth , until Turth was dropped on Hiroshima."

Posted by Tariq Kataria at 2:14 PM No comments:

This work was published in 1949 and has a place in the positioning of Womans Issues on Womans terms from that time on.For that it deserves its status as a landmark Book that put Half of Humanity on the map of Social and Political Welfare.

You can get a brief overview of the structure of the Work in this link.

Some of the Scholarship is impressive in a way that makes one admire someone who has managed to produce a corpus almost single-handedly thus inspiring a whole generation of academic researchers to put meat and bones on a vast conception.

The high praise though has to be counter-balanced by quite fundamental flaws in structure and conclusions which , if this work was a building , would not get the necessary safety certificates to make it a viable place for habitation.

The first is in the cultural and colonial assumptions which make this work a very Euro-Centric vision with the implied theme that only Europe or the West has the answers and progress is to be judged in how Europeanised ( the more palatable euphemism being "Westernised") Non-European Societies can become.The very few Examples from Africa/Islamic World , mostly French Occupied Algeria are given a very negative , almost dismissive , short-shrift.Mostly her objections to Polygamy which she implies is very Common though it is quite rare in the Algerian/Muslim World.An odd objection to dismiss a whole religion and continent considering she was also involved in a "Morganistic" relationship at the time sharing the affections of Sartre with up to four Woman simultaneously.She also seems to have an almost pathologically negative attitude to the concept of Family on the sole evidence that she did not always get along with her Mother.Then there is the dearth of any examples from South America , Asia or even Slavic case studies which hardly make the Work conducive to establishing an Universal as opposed to a Highly Western European template for Womanhood.

Another major anomaly is her citing of quotes from Fiction Novels ( again mostly Western European ones) with the same weighting as one would give scientifically based academic peer reviewed case study analysis.A flaw that is entirely understandable as it is her Work that made this kind of detailed study of the field of gender issues whilst she could not turn to input that was not there before.Despite this valid consideration her methodology has to be seen as critically flawed in every sense of the word.

Her work has inspired many students and academics to delve into the issue of feminism and gender as this article by one of  the brightest , if one can comprehend what she is saying , is Judith Butler.

In the video below we have a lecture which clarifies , or not , the themes of the Book.


Ultimately Beauvoir asks the question of not what does it mean to be a Woman , but what does it mean to be a Western European Woman , which means the answer will only be as good as the question , which in this case cannot lead to a Universal Answer but only a template which will not be applicable to Non-European Cultures and Values , if  , indeed, the answer even matches the Questions to Europeans in todays Social and Employment Corporate marketplace.
Posted by Tariq Kataria at 1:04 PM No comments:

TUTU : VOICE OF THE VOICELESS by SHIRLEY DU BOULAY 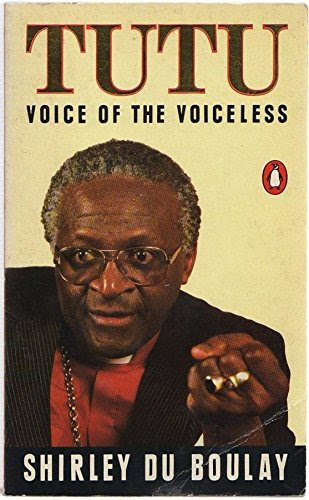 Written before apartheid was finally defeated in the late 80s/early 90s about an incredible individual who had won the Nobel Prize for Peace when it was still a credible trophy for genuine strugglers for peace and reconciliation, this book has a tense element of whether apartheid will ever be overcome in the lifetimes of Tutu and the Author herself.

"Du Boulay shares in the biography that Tutu proclaims with great faith that apartheid cannot stand forever, that God is on the side of justice and will prevail. However, Tutu must certainly have wondered at the time if such change would come in his lifetime."

The comment in the Amazon entry for the Book by Ellie Gunderson is well worth reading.

What I enjoyed most about Shirley DuBoulay's biography of Desmond Tutu was its faithfulness to Tutu's true personality and character, both the positive and the negative characteristics. For example, DuBoulay is willing to admit that Tutu's calling to the priesthood was not especially strong at first; however, by the time he began life as a priest, everyone saw that he had a unique ability to connect to all different types of people. More than most, he was able to place himself in another person's shoes, and constantly tended to his parishioners' every need. DuBoulay also admitted that Tutu was irresponsible with money, and was overly sensitive in that he allowed his feelings to be hurt easily.

On page 102 Tutu convincingly state " Justice is the only basis of true order" based on the spirit , on page 114 of "UBUNTU - the African quality of being a person that is deeper than being a mere Human , but a Spiritual Being also."

In the lecture below Tutu Reconciling Love and how this process was applied to the aftermath of uniting South Africa after the fall of apartheid , he also gives a deeper explanation of Ubuntu from the 24min 40 secs mark. 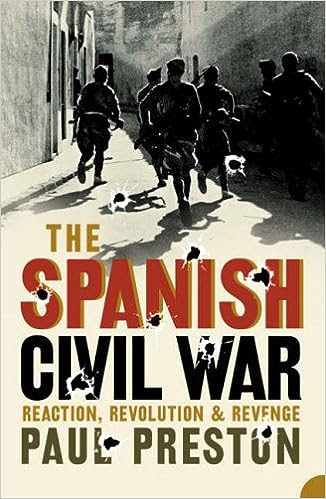 This is the best introduction and east access primer to the context and conduct , as well as historical perspective , of the Spanish Civil War.A concise yet detailed study within a very readable and manageable book of less than four hundred pages.Especially valuable is the essay bibliography to the many thousands of sources , archives , commentaries and books on the war throughout the decades to the present allowing the reader to choose which parts of the conflict they wish to investigate in a deeper way.An outstanding work by the best academic authorities on the War and its aftermath.

As a historian Preston readily admits he is partial on the side of the victims and oppressed against the powerful and the architects of terror.A viewpoint and stance that gives his work more urgency and credibility than would someone trying for a balance that can ultimately get so out of hand that the historian gives the same voice to both , in the case of the Holocaust, to the victims as well as the lighters of the ovens which can lead to a gross distortion of history and its lessons for our and future times.

On page 25 describes some of the errors of the democratically elected Socialist Government is dealing with the earlier tensions prior to the war "Moreover, the PSOE was hobbled by its reliance on a rigid "Dogmatic" and simplistic faith in French marxism , and on page 47 "The Government did not react strongly enough to a spate of Church burning"

This was due to in large measure of the Government not being able to muster enough resources to counter the anarchistic actions of anarchists , actions that put up the back of the traditional forces and reduced the credibility of the Government to control the law and order situation and command its mandate to govern for all of Spanish Society.This meant that , by page 57 we have "Southern Owners had declared War on the republican government by refusing to plant crops .....with land reform in the air the landowners did not feel disposed to invest in their land ", hence blocking land reform on the pretext of defending Church and "traditional" country values from the attacks of Communists.This in turn led to , on page 59 "Republican imprudence meant the catholic practice was attacked rather than block politics doctrine , thereby alienating many ordinary catholics with a republican disposition."

On page 244 we find "The Communist Party was pushed from relative obscurity to the arbiter of Republican Politics due to Soviet aid passing through its channel". In the perverted sectarian politics of the hard left the Communists and Anarchists spent more resources and treasure trying to liquidate each other than trying to preserve the integrity of the Socialist war effort.This was mainly because Stalin was playing a delicate game of trying to appease the Western Powers , placating the Fascists and using exporting his anti-Trotsky campaign beyond Soviet borders knowing full well that the Soviet Union would not be ready to fight a war with any of these powers for a few years yet.

Preston rightly identifies the War as the first battles of the 2nd WW , where fascism tested the will of the International Community and its commitment to democracy and found the confidence , as in many cases support , to continue the aggression into the International Theatre in the 40s.

The Spanish People should have received the support of the International Order , instead they were the victims of a bloody Fascist filling in a sandwich between capitalism and communism.

Posted by Tariq Kataria at 12:53 PM No comments: